Yes, they are lovable and highly entertaining: three hares, running around in a circle. What’s more (and less): each hare has two ears, but together they have three. The key to this riddle is that they share their ears between them.
Even more amazing: this motif is not only very old, but also amazingly widespread. 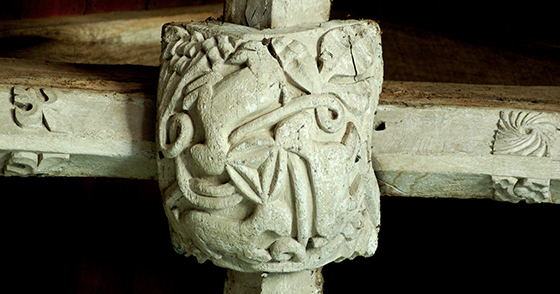 In its oldest form The Three Hares can be seen in the famous Mogao Caves in Dunhuang, China. Dated around 600 A.D., it is thought they didn’t originate there. So, they must be older still. Probably, they came running from further west on the Silk Road, only to head back in the other direction. Stopped only by the Atlantic Ocean, not by The English Channel. They abound in English churches. Along the way, as hares do, they multiplied. They now appear in architecture, in manuscripts and on objects that are dear to Buddhism, Islam, Judaism and Christianity. 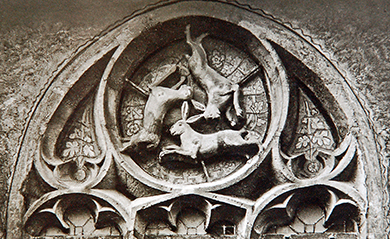 The most puzzling thing about them is what they mean. Strange in itself, as the hares are anything but rare. Probably they mean different things in different cultures, with both positive and negative connotations.
Although the hares can be found on paper, on textiles and many other objects, they often appear on ceilings. Appropriately so, because in today’s world it is as if they are falling out of the sky as a gift of heaven. Today’s world is full of divisive forces, driving people apart, heading for all kinds of exits.
In come The Three Hares. They are different, they belong to different cultures, and yet…
What is needed is to realize once more that although the world’s people may differ, they share a lot as well: the human race, the planet… That’s also the answer to cynics who say the hares, going round in circles, are getting nowhere. The world is going round too.

So, let’s adopt those good old Three Hares as a new symbol.
On T-shirts, to hang on the wall, as your next (or first) tattoo…

To show we are all in it together. At least with one ear. 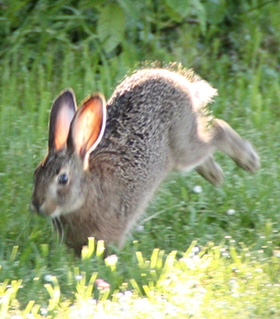 Three hares: The cross-cultural journey of a medieval motif

A lecture by Dr.Sue Andrew