How long ago has it been, by now? A quarter of a century at least, since I first heard about the influence of music on plant & beast.
I remember reading then that plants thrived best on the sitar sounds of Ravi Shankar. By contrast they groaned of distress in the process of undergoing Jimi Hendrix, while cows were happiest with Mozart. 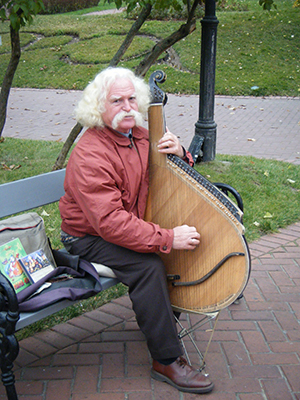 Is the grass already greener?

Today, it is 2015, and what a surprise to open that Tuscan newspaper. The story is about an ex-lawyer who planted himself in the prestigious wine region of Montalcino. So far, no news. Montalcino is full of rich city folk in search of some scenic country life.
But then: Signor Carlo Cignozzi treats his vineyards with… music. Mozart. Day & Night. In cooperation with a well-known company that makes what such a treatment needs: loudspeakers.
As a matter of fact he has been doing so for already quite some time. Long enough, he thinks, to prove that his vines benefit from that non-stop-concert. Not only that his Brunello grapes are better, but that some nasty parasites stay away as well. ‘Logical’, one might think. Great music distinguishes itself from the ordinary kind because of the fact that you can hear it over and over again, but after the thousandth ‘Eine kleine Nachtmusik’ even the devil would take to flight.
Even so, it is fascinating. Music = vibration, and the assumption that certain vibes can have a positive or negative effect is something I am quite willing to accept.
But pounding entire vineyards with music? OK, non-stop-Mozart is probably easier to digest than non-stop-Hendrix, but all the same. Which famous musician was it, who said it? Wasn’t it the cellist Pablo Casals, who observed: ‘Rest is music too’?

Anyway, what about that musical wine? I asked an insider in Montalcino.
He emailed me: ‘I tasted the wine in question in the company of a rather important wine journalist, who said: ‘Maybe the wrong music?”

P.S.
The insider mentioned above is himself plagued by wild boar, and might…