So, after 9/11 we’re having 11/9…
Okay, ‘it’ happened a day earlier, but it wasn’t until November 9th that we were faced with the unthinkable:

Just recently I came upon an old article, stating:

So, what kind of a joke was this one, then? An incredibly bad joke. As last time, when I thought the only people willing to vote for Silvio were those on his payroll, this time I imagined people would go so far as to to bite the hand that was feeding them, if that hand belonged to Donald.
I was pigheadedly wrong.

Meantime, the Italian media sported a picture of Silvio with Donald’s hairdo captioned ‘Trumpusconi’, and not a few Italians relished a perverse kind of pleasure as the Americans who had denigrated the Italian Berlusconi-voters now found themselves in the same boat. 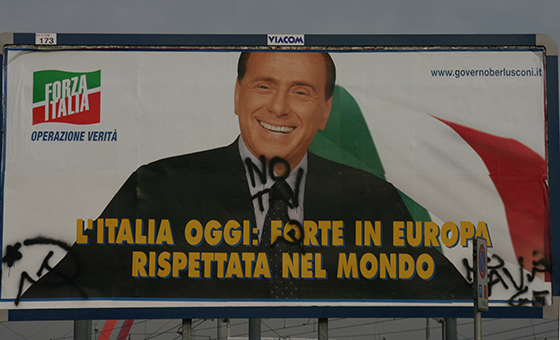 As a matter of fact, the two photoshop-merged tycoons have more in common than their success in business. Although, with their billions in the bank, they are light years distant from the ordinary voter, they somehow managed to give the voter the impression they were one of them, united in their opposition to ’the elite’. Furthermore, there are voters in both countries who think that a successful businessman will also make a successful statesman, and that someone that rich who strives to lead the nation is sacrificing his own interests for the good of all. That idea prevails over less noble motives, like the fact that for some men the way to power is the only way to prevent their ego bursting the buttons of their pants.

In Italy the saying goes: ‘Never two without three’. Who knows this time— maybe four, or more. Who will be the next ‘Trump’, in France, Italy, The Netherlands… It is as if everything that seemed unthinkable before has now lost the prefix ‘un’. Aggression & Anti seem to be the winning hand in many countries, riding the waves of the many who feel, rightly or wrongly, wronged.
In the process, the notion of ‘nuance’ falls by the wayside and is met by either a blurry look or sardonic laughter. Nuance will certainly not win you an election.

One is tempted to think, on the occasion of Trump’s triumph:

But it wasn’t as simple as that. I asked a civilized and intelligent American what he thought of Clinton. He said: ‘Hillary is a criminal’. But he was going to vote for her anyway, according to the principle ‘Anyone but Trump’.
That was the way it seemed to go: the outcome of who was going to lead the most powerful country of the world depressingly depended on the question which one of the two would prove to be less despised than the other, not which one is best.

The evening before the election I happened to be dining with two older Trump voters and a younger supporter of Hillary’s. One of the Trumpers was the classic from rags to riches American. He didn’t exclude that Trump might come out on top, sensing more people supported him than were willing to acknowledge. 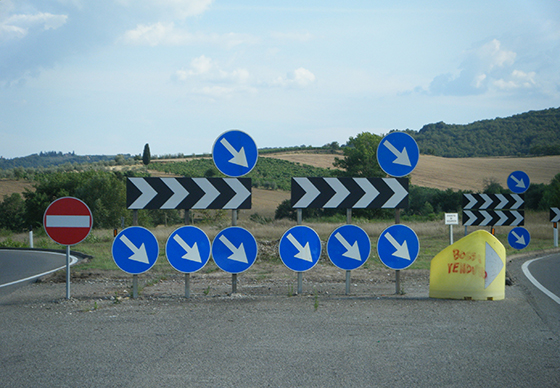 In any case, the two Trumpers had one astounding thing in common with Donald: they have been flying all over the globe, for decades, seeing other planes pass under and over them, seeing cars driving everywhere, industry… And still, still they can’t believe that ‘man’ is able to influence the climate. As if global warming were a conspiracy of the left.
The nicest man at the table, a retired priest, kept silent. He looked at me with eyes in which despair and resignation vied for dominance. Who did he vote for? For neither. He just couldn’t do it.

So, what now? Where I am, the earth is trembling. Earthquakes usually relieve tensions that have built up in the earth’s crust. Strong quakes, though, can create new tensions by themselves.
I was born after World War II, and grew up with the idea that war was something that I would never see myself. Now, I am less sure. Tensions tend to reappear, again and again.
Fortunately, the same goes for hope.

Nr.133 Leiders
This one contains lists of some (im)possible leaders of the future. Although it is a text in Dutch, the lists speak for themselves. I compiled them half-jokingly, but now, ‘after Trump’…