Skip to content
Voting for Brexit, while shooting themselves in the foot the Brits didn't use a sniper's rifle. By using a shotgun they reduced the chance of missing their target, while hitting other feet in the process. Dutch feet for instance, financially.

More troubling, though, are the (Northern) Irish feet caught up in this, politically. The Northern Irish conflict that cost many lives now risks being revived. 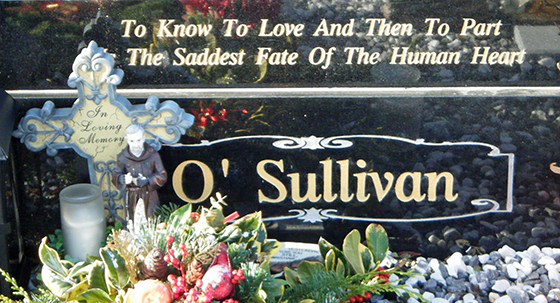 Dutch-speaking followers of this site know that I am a fan of Thucydides, an expert on war some two and a half thousand years ago. More than once I have quoted a saying that I attributed to him:

‘There would never be war if people could oversee all the variables’.

Now, looking up the exact wording for the occasion, I can’t find it… So, maybe the quote isn’t his. Never mind, the important thing is that someone said it. If ever there was an evergreen, this is it.
People are limited. They want to have something changed, but don’t realize what else will change as a result. In the end they might end up in a worse position than before they tried to make their dream come true.

The implications of Brexit are manifold. One of them concerns the thorny stand-off in Northern Ireland. Ever since the Good Friday Agreement things have been relatively quiet. Not completely, partly because the reality is that the problem is not entirely political and religious. Criminal interests are intertwined, as two Northern Irelanders once explained to me.
In any case, both Ireland and Britain having been in the European Union blurred the existing fault lines. Now, with Britain leaving the Union, contrasts seem destined to reemerge.

Let’s hope they don’t. It now prompts me, though, to translate a piece that I wrote in 2011. It was the year in which the Northern Irish conflict suddenly came alive for me, at a time when that conflict was supposed to be just part of history. But, in fact, it came close to the point of making it hard to breathe.
It was the story of Gerry. Gerry had become the victim of a sniper’s bullet, even though the person slain by it was someone else.

Can this be the Thucydides-quote I meant?

“That imponderable element of the future is what counts in the long run, and, just as we are most frequently deceived by it, so too it can be of the greatest possible use to us; for, if we all fear it alike, we shall think twice before we attack each other”.

Another one may apply to the Gerry-case:

“Those who really deserve praise are the people who, while human enough to enjoy power, nevertheless pay more attention to justice than they are compelled to do by their situation”.

BESIDES
A capital difference
I am not a native speaker of English. People who are often write ‘Catholics’ and ‘protestants’, but there doesn’t seem to be a consensus about it. In a highly sensitive piece such as ‘Gerry’ this lowercase difference can’t be dismissed as just a detail. Side-stepping all kinds of linguistic and other arguments, I decided to ‘promote’ the Protestants, for the sake of equality.

(In my own, Dutch language things are clear. Believers are ‘lowercase’, people belonging to a people are ‘Capital’. So, in Dutch Christians and Muslims are lowercase, always, but there can be jews and Jews).